Who are we Becoming? Part I – A Church in Exile 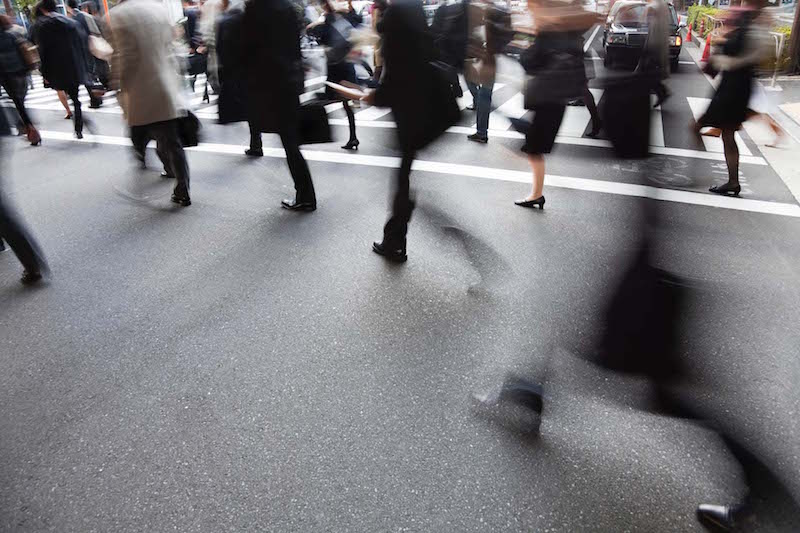 Who are we Becoming? Part I – A Church in Exile

One of the common questions I get asked is who are ‘Churches of Christ?’ It’s an important question that requires careful attention. For this reason, I have decided to write several articles that address this question from a different perspective, namely – who are we becoming? While our history and heritage are essential for grounding us together, our future and who we intend to be in that future space requires theological rigour and informed conversation.

It is my hope that these pieces become important conversation starters for leadership communities across our movement. The Fresh Hope family of churches is facing what I believe to be unprecedented changes going forward, and I hope to flag some of those challenges with the view of encouraging you to engage proactively in these themes.

Theme I – A Church in Exile…

Earlier this year in conjunction with the Easter season, Journalist Paul Kelly writing in the Australian commented on how a progressive morality is elbowing out Christian values within our nation. He aptly states:

‘Christian tradition faces erosion in Australia from an array of forces – the failure of churches and clerics, the march of secularism and the rise of an alternative progressive morality.

The new morality arises from neither dogma nor revelation. Its focus is diversity, human rights, self-expression and identify politics. It is a set of values and a way of relating to others. Its essence is the discarding of the worth of tradition and enshrining in law rules and procedures for contemporary cultural norms. It is best seen as the comprehensive politicisation of our culture.’

Kelly’s analysis is one I share with deep concern but profound optimism. Regardless of denomination, it seems the Australian church is somewhat impervious to the forces buffeting our values, content to simply cloister our faithful saints from the aggressive new world that sees a Christian faith as irrelevant or a relic from the past. How we respond to this new world reality is vitally important.

When we contemplate responses to what’s happening around us, it seems to me that the motif of ‘exile’ may offer an important and fruitful way for the church to define itself in this particular historical epoch.

When we consider exile, our minds understandably turn to dislocation; being driven from our own home or country. However, an experience of exile can include the concept of ‘inner exile’ or the experience of ‘being an outcast within one’s own country.’ [i] Edward Said confirms that exile is ‘the perilous territory of not belonging.’[ii]

It is understandable that a new immigrant or refugee would experience considerable angst and uncertainty in relocating to a new continent, confronted often with ‘feelings of not belonging.’ But what if similar and complex feelings become the new normal for Western Christians?

Lee Beach in his work The Church in Exile notes: ‘In the biblical perspective, the people of God are by nature exilic.  Throughout history, those who worship the God of Abraham, Isaac and Jacob have often perceived themselves to be a threatened minority, struggling to preserve their particular identity and beliefs.’ [iii]

Being exiled is not all bad news. It predicates us to take stock, to reaffirm that which we believe while not accommodating or acquiescing to the prevailing societal shifts buffeting our moral and theological imperatives. Walter Brueggemann elaborates by stating that ‘exile evoked the most brilliant literature and the most daring theological articulation in the Old Testament.’[iv]

There are several examples of key leaders navigating exilic circumstances in the Old Testament including Daniel, Esther and Jonah. While these are worthy of examination, the focus of this article warrants attention to Jesus who identifies himself and his mission with an oppressed exilic Israel needing redemption.[v]

‘Healing, forgiveness, renewal, the twelve, the new family and its new defining characteristics, open commensality, the promise of blessing for the Gentiles, feasts replacing fasts, the destruction and rebuilding of the Temple: all declare, in the powerful language of symbol, that Israel’s exile was over, and that Jesus was himself in some way responsible for this new state of affairs, and that all that the Temple had stood for was now available through Jesus and his movement.’[vi]

The Gospel writers never portray Jesus through the lens of exile but Scot McKnight suggests the motif may be legitimate in application… ‘kingdom language is ‘end of exile language; ‘end of exile’ is the negative to the positive ‘kingdom.’[vii]

Just how we live in the ‘way of the kingdom’ seems crucial to our understandings and mindsets concerning the functioning and role of the church in a post-modern secular society.

An exilic season confronts the ‘norms’, functions and practices of church life. We are yet to be disturbed in public worship, but that may not always be the case. We may be vilified for espousing traditional biblical views on marriage, sexuality, ethics, justice, ecology and moral truth (to name just a few). We might certainly be misrepresented or harassed for expressing a personal view contrary to popular culture.

Being exilic may not necessarily bind us to negative consequences. Being exilic propels us to examine the kingdom with renewed certainty and purpose, mindful that God in His Sovereignty is still at the helm, not abandoning that which He has created.

In his helpful book on exiles NSW Baptist scholar and evangelist Mike Frost provides a useful expose of our predicament and some profound discipleship actions.

‘Exiled from a Hyper-Real World:  Exiles are called to action based on the following promises:

We will be authentic. In a world of hyper-reality, themed environments, false celebrity, and fake experiences, exiles will live out the promise of being honest, genuine and real.
We will serve a cause greater than ourselves. Exiles will now throw themselves headlong into the standard operating policy of the empire by being primarily concerned about their own needs. They will band together to fashion communities of love and service.
We will create missional community. Exiles will hold out the promise that it’s possible for humans to unite with others, offering their individual gifts and learning from each other, while committing to a common task.
We will be generous and practice hospitality. Beyond conventional hospitality, exiles will put themselves at the service of the hungry and needy.
We will work righteously. Exiles promise to do everything, including the most secular work, as an expression of their being sent by God into the nooks and crannies of the host empire.’ [viii]

We must be cautious to entertain responses as mere formulas to the challenges we face. We must always pause, listen, reflect and take time to respond rather than react to the season before us. The kingdom way is a life embodied in the reality of Jesus’ mission and character – one of love, service, grace and faithful witness and deference to the Father’s agenda.

The church we are becoming is an ‘already on route’ exiled church attentive to extending the kingdom here on earth. We have no greater quest than to understand the times and represent Jesus to a broken and hurting world.

[v] Craig Evans, Aspects of Exile and Restoration in the Proclamation of Jesus and the Gospels- Found in Jesus in Context: Temple, Purity and Restoration (Brill, 1997) p. 328.