The wisdom of years 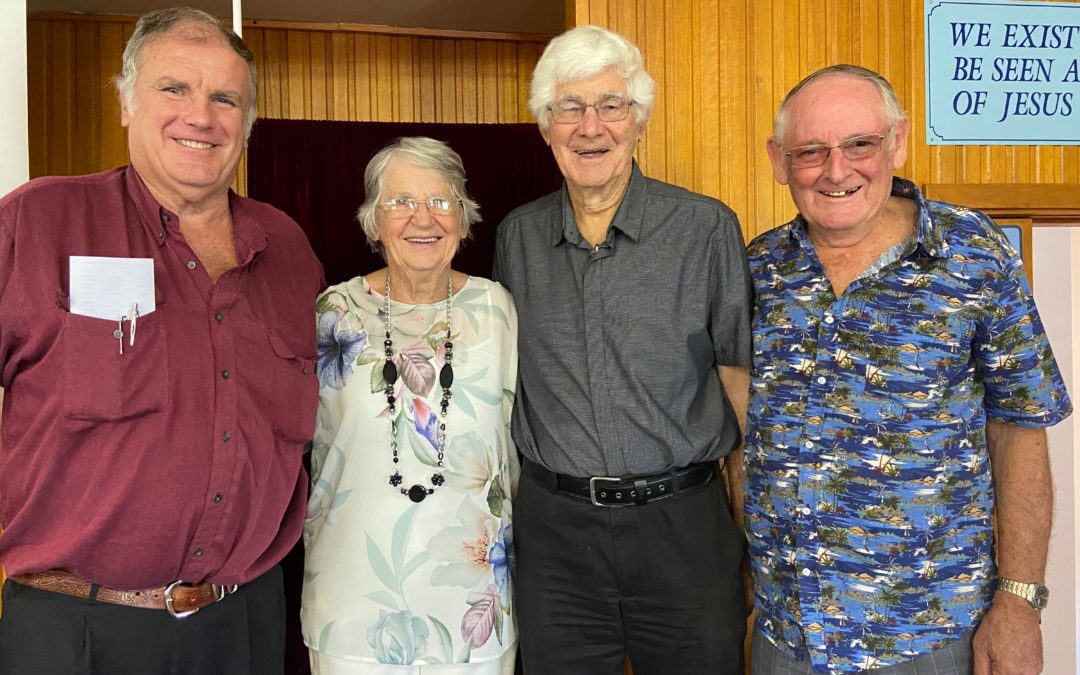 Often hidden and rarely celebrated, our Elders play a vital, yet humble role in our worshipping communities. Those who serve long term in these positions hold the story and culture of a church, and most have endured hardship and difficulties, along with the joys of serving. Here is the story of one of our Elders, retiring after almost 60 years of faithful service through his church.

At 83, Don Way still has a burning passion to serve God through his local church community.

With his health now imposing some limitations, Don recently stepped down from being an Elder of Murwillumbah Church of Christ after nearly 60 years of serving. But, he says, he doesn’t plan to just sit in the corner.

“I told the church that I’ve always been ‘a Way’, but I’m not going away!” he jokes.

Don has been a part of the church since the 1940s, travelling by horse and sulky in the arms of his mother to the first meetings of the church in the Tyalgum area, west of Murwillumbah. His mother was the spiritual leader of the family in the early years, ensuring Don and his siblings were steeped in the Word and participating in church life.

“Mum was very much involved in the church; Dad came to the Lord when he was in his late 50s through the Billy Graham crusades, and then he also was at church every Sunday,” Don recalls.

In 1958, the church moved into the Murwillumbah town centre and Don began to serve in different leadership roles across the Sunday school and youth work. He also served the wider church through Christian Endeavour and Youth for Christ. At 25, he was approached to step up in the role of Elder.

“Russ Goode, who was a layman, approached me and said he wanted to nominate me to become an Elder. At first, I felt I didn’t qualify as I wasn’t married at the time. But we talked it through and in the end I said to him, ‘If you feel I am up to it, then ok!’” says Don.

Don’s family has also been a big part of the journey with the church. Don met and married Dulcie in 1965 and they established their lives in Murwillumbah, going on to have three daughters and a son, and now 10 grandchildren to treasure.

Don is honest about the journey of Eldership. “I can’t say I was a perfect Elder in all those times. I had my bad times and my good times, but by the grace of God I did my task as an Elder,” he says.

Over the years when the church did not have an appointed minister, Don with other lay leaders took on roles of teaching and shepherding. Although there were challenges, the church continued faithfully.

“We were told by a team from Woolwich Bible College, who came and did an assessment of the church, that we’d be dead in two years. That was a long time ago, and it didn’t happen! We’ve always been faithful to preaching the Word and meeting around the Lord’s table,” says Don.

Don also credits the longevity of the church to the practice of prayer.

“Prayer is the powerhouse of the church. Knowing that one can go to the Lord and get answers through the precious Word and receive guidance and the direction of the Holy Spirit is so good.”

Fellow Elder Ross Scott has known Don for 29 years since he and his family moved to Murwillumbah. He recalls how they were welcomed with open arms and practical support, and credits Don as the one who encouraged his leadership development.

“No one will replace Don. He was very firm in what he believed, and no one could sway him because he stuck to the Word of God. He never wavered. He was always looked up to, not just in the church but around town; he was very well liked,” says Ross.

Don admits there’s some sadness in letting the role of Elder go, but hopeful and excited about the leadership team now in place at Murwillumbah.

His advice for younger leaders considering the call of Elder is to be prepared for humble service.

“Don’t be a stirrer, but a shepherd, ready to learn and grow. You must not usurp the pastor but be very active with the pastor. The church flourishes with teamwork and unity,” he says.